The origin of the leak

The HSBC files were obtained through an international collaboration of news outlets, including the Guardian, Le Monde, BBC Panorama and the International Consortium of Investigative Journalists
1 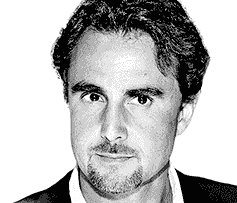 In late 2007, Hervé Falciani, an IT expert at HSBC's Swiss bank, hacked into its customer files. He fled to France with police on his trail for breaching Switzerland's rigid bank secrecy laws.
2
The French authorities detained him, but refused to extradite him when they realised the data could identify thousands of French tax evaders. Falciani now lives in France under protection.
3
In early 2010, under finance minister Christine Lagarde, France prepared confidential lists of the leaked names for other countries. The so-called "Lagarde list" led to scandal and arrests in Greece, Spain, the US, Belgium and Argentina.
4
Britain's tax authority, HMRC, received a list in 2010 from which it identified more than 1,000 tax evaders. More than £135m ($206m) was quietly recovered in repayments, but only one person was prosecuted. There has been no UK legal action against HSBC. Names were never revealed.

HSBC is trying to prevent publication of a report on how it complies with money-laundering rules imposed on it by the US authorities in 2012, when it was fined a record $1.9bn (£1.32bn).

The bank is arguing in US courts that it could be left vulnerable to money laundering if the report is published.

Under the terms of a deferred prosecution agreement with US authorities, made when it was fined for aiding money laundering by Mexican drug cartels, HSBCmust be subjected to regular audits about its internal capacity to seek out potentially suspect activity by customers.

A private individual, Hubert Dean Moore, who used to have a mortgage with HSBC, is suing to have the monitor’s first annual report unsealed by the court. He is being resisted not only by the bank but also by the US Department of Justice.

In letters to Judge John Gleeson filed in the eastern district court of New York, both HSBC and the DoJ have argued that the monitor’s report should not be made public.

HSBC told the judge that Moore had not identified a public interest case for publishing the report that would outweigh the negative consequences.

The bank referred to arguments made in June when the DoJ set out reasons not to make the 1,000-page report public.

Citing that submission, which was backed by regulators in four different countries, HSBC said publishing the monitor’s report would “undermine the very purpose of the monitoring by compromising the ability of the monitor and the government to assess HSBC’s progress in improving its anti-money laundering and sanctions compliance programme”.

Publication would “negatively affect the ability of HSBC’s financial regulators to fully discharge their supervisory responsibilities over HSBC”, and would “provide criminals seeking to engage in activities such as money laundering or terrorist financing a road map for exploiting current weakness in the anti-money laundering and sanctions programme at HSBC and potentially other financial institutions”.

According to documents filed with the court, Moore had a mortgage with HSBC Mortgage Services, which has since been sold to another firm.

The monitor covers more than 60 global affiliates. In its court filing, HSBC said that the deferred prosecution agreement it originally signed had stipulated that the monitor’s report would remain private.

HSBC’s Swiss banking arm helped wealthy customers dodge taxes and conceal millions of dollars of assets, doling out bundles of untraceable cash and advising clients on how to circumvent domestic tax authorities, according to a huge cache of leaked secret bank account files.

The files – obtained through an international collaboration of news outlets, including the Guardian, the French daily Le Monde, BBC Panorama and the Washington-based International Consortium of Investigative Journalists – reveal that HSBC’s Swiss private bank:

• Routinely allowed clients to withdraw bricks of cash, often in foreign currencies of little use in Switzerland.

• Colluded with some clients to conceal undeclared “black” accounts from their domestic tax authorities.

The revelations will amplify calls for crackdowns on offshore tax havens and stoke political arguments in the US, Britain and elsewhere in Europe where exchequers are seen to be fighting a losing battle against fleet-footed and wealthy individuals in the globalised world.

Approached by the Guardian, HSBC, the world’s second largest bank, has now admitted wrongdoing by its Swiss subsidiary. “We acknowledge and are accountable for past compliance and control failures,” the bank said in a statement. The Swiss arm, the statement said, had not been fully integrated into HSBC after its purchase in 1999, allowing “significantly lower” standards of compliance and due diligence to persist.

That response raises serious questions about oversight of the Swiss operation by the then senior executives of its parent company, HSBC Group, headquartered in London. It has now acknowledged that it was not until 2011 that action was taken to bring the Swiss bank into line. “HSBC was run in a more federated way than it is today and decisions were frequently taken at a country level,” the bank said.

HSBC was headed during the period covered in the files by Stephen Green – now Lord Green – who served as the global bank’s chief executive, then group chairman until 2010 when he left to become a trade minister in the House of Lords for David Cameron’s new government. He declined to comment when approached by the Guardian.

Although tax authorities around the world have had confidential access to the leaked files since 2010, the true nature of the Swiss bank’s misconduct has never been made public until now. Hollywood stars, shopkeepers, royalty and clothing merchants feature in the files along with the heirs to some of Europe’s biggest fortunes.

In one memo, an HSBC manager is recorded discussing how a London-based financier whom the bank codenamed “Painter”, and his partner, could cheat on Italian tax. “The risk for the couple is, of course, that when they return to Italy the UK tax authorities will pass on information on them to the Italian tax authorities. My own view on this was that … there clearly was a risk.”

According to the files, HSBC’s Swiss bankers were also prepared to help Emmanuel Shallop, who was subsequently convicted of dealing in “blood diamonds”, the illegal trade that fuelled war in Africa.

One memo records: “We have opened a company account for him based in Dubai … The client is currently being very careful because he is under pressure from the Belgian tax authorities who are investigating his activities in the field of diamond tax evasion.”

The records indicate HSBC managers were untroubled that a customer collecting cash bundles of kroner might be breaking Danish law. HSBC staff were instructed: “All contacts through one of her 3 daughters living in London. Account holder living in Denmark, i.e. critical as it is a criminal act having an account abroad non declared.”

HSBC’s Swiss bankers routinely handed over large sums of cash to visiting clients, asking few questions, the files show. The bank said it had since tightened its controls. “The amended terms and conditions allowed the private bank to refuse a cash withdrawal request, and placed strict controls on withdrawals over $10,000 [£6,600],” its statement said.

One example of the old system detailed in the files involves Richard Caring, a British tycoon and owner of London’s celebrity-packed Ivy restaurant, who on one day in 2005 removed 5m Swiss francs (£2.25m) in cash. When the Guardian asked him why, he declined to explain. His lawyer said it was a private matter and involved no impropriety. Caring’s UK tax status allowed him legally to keep his accounts secret from the tax authorities.

The files show how HSBC in Switzerland keenly marketed tax avoidance strategies to its wealthy clients. The bank proactively contacted clients in 2005 to suggest ways to avoid a new tax levied on the Swiss savings accounts of EU citizens, a measure brought in through a treaty between Switzerland and the EU to tackle secret offshore accounts.

The documents also show HSBC’s Swiss subsidiary providing banking services to relatives of dictators, people implicated in African corruption scandals, arms industry figures and others. Swiss banking rules have since 1998 required high levels of diligence on the accounts of politically connected figures, but the documents suggest that at the time HSBC happily provided banking services to such controversial individuals.

The Guardian’s evidence of a pattern of misconduct at HSBC in Switzerland is supported by the outcome of recent court cases in the US and Europe. The bank was named in the US as a co-conspirator for handing over “bricks” of $100,000 a time to American surgeon Andrew Silva in Geneva, so that he could illegally post cash back to the US.

Another US client, Sanjay Sethi, pleaded guilty in 2013 to cheating the US tax authorities. He was one of a group of convicted HSBC clients. The prosecution said an HSBC banker promised “the undeclared account would allow [his] assets to grow tax-free, and bank secrecy laws in Switzerland would allow Sethi to conceal the existence of the account”.

In France, an HSBC manager, Nessim el-Maleh, was able to run a cash pipeline in which plastic bags full of currency from the sale of marijuana to immigrants in the Paris suburbs were collected. The cash was then taken round to HSBC’s respectable clients in the French capital. Bank accounts back in Switzerland were manipulated to reimburse the drug dealers.

HSBC is already facing criminal investigations and charges in France, Belgium, the US and Argentina as a result of the leak of the files, but no legal action has been taken against it in Britain.

Former tax inspector Richard Brooks tells BBC Panorama in a programme to be aired on Monday night: “I think they were a tax avoidance and tax evasion service. I think that’s what they were offering.

“There are very few reasons to have an offshore bank account, apart from just saving tax. There are some people who can use an ... account to avoid tax legally. For others it’s just a way to keep money secret.”

The Labour party said: “Tax avoidance and evasion harms every taxpayer in Britain, and undermines public services like the NHS. What is truly shocking is that HMRC were made fully aware of these practices back in 2010 but since then very little has been done.”